Our business is fuelled by new ideas. Click on the links below to download our latest thinking or sign up to be the first to receive our most up-to-date views.

Views from our CTO:

We have faced many technological hurdles over recent years in developing, from scratch, in-wheel motors (IWMs). Happily, none have proved unsurmountable and we are now ready for volume production.

Today, the key challenges that persist exist not within our R&D facilities or out on the open road, but in the minds of some of our target audience. For example, barely a week goes by without someone asking me about unsprung mass. Widely believed to be the thorn in the side of the in-wheel motor, the truth about the impact of unsprung mass in relation to IWMs is less dramatic.

Most of a vehicle’s weight is ‘sprung’ mass – meaning it rests on the suspension. The mass of wheels, tyres, brakes, and axles is the mass that is not supported by a vehicle’s suspension: ‘unsprung’. If in-wheel motors are installed in the wheels then unsprung mass is increased by, in the case of our initial product Pd18, 36kg per corner.

So why is unsprung mass important, and what difference does a little extra weight within the wheels actually make?The purpose of suspension goes beyond making the car more comfortable; it also keeps the wheels in contact with the road, which is important for safety as well as for compliance and handling. A lighter wheel (with a lower unsprung mass), like those on high-performance cars, will be forced down onto the road more readily by the dampers than a heavy one, thereby improving grip and handling.

Increasing unsprung mass, for instance by the addition of in-wheel motors, can compromise a car’s handling and give a bouncy feel to the ride. In fact, with appropriate adjustments made to the tuning of the suspension, that perceived sensation is minimal. While vehicle dynamics engineers might be able to discern different bounce, rebound and grip characteristics, most drivers on real-world routes are unlikely to notice any difference at all.

The study, which is available in full below, concluded that the ‘difference in road roughness results in very large differences in scores compared to [the] influence of unsprung mass.’ And secondly, that those differences attributable to unsprung mass were ‘unlikely to be apparent to an average driver’.

Furthermore, the study also concluded that ‘the promise of individual wheel motor control shows good potential for substantial improvements in vehicle behaviour.’ This refers to the fact that in-wheel motors confer benefits not available to conventional vehicles – whether powered by a combustion engine or an eAxle. For example, a motor at each wheel can harness the significant advantages of torque vectoring and individual wheel control for quicker steering, more direct handling, and improved traction. Less obviously, torque vectoring can obviate the need to compromise the suspension set-up to achieve the desired under/over-steer behaviour and steering stability, meaning that suspension designers can focus their efforts on ride quality.

So while in-wheel motors undeniably increase ‘unsprung mass’, the negative impact is indiscernible to most drivers, and they’ll benefit from more advanced control for added grip, safety and stability.

And that echoes the very positive feedback we get when those who ask me about unsprung mass actually drive our technology demo cars.

In conjunction with numerous advantages that come with in-wheel motors – including vehicle range and efficiency; greater design and packaging freedom; and production cost efficiencies – most realise that the added unsprung mass is not problematic at all.

Views from our CTO:

On The Journey To Future Transportation  [14.Feb.19] 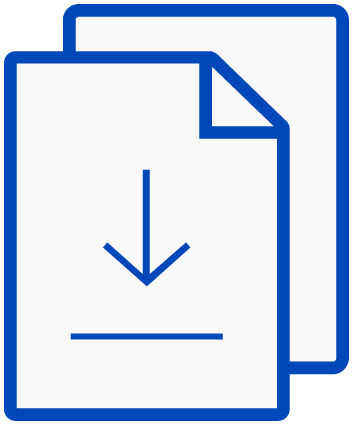 Making the Impossible, Possible – Overcoming the Design Challenges of In-Wheel Motors [May.12]

Wheel Torque and Speed in a Vehicle with In-Wheel Motors [May.16]

Agonising Over ASIL's: Controllability and the In-Wheel Motor [Oct.12]

Views from our CTO